Axis Winery is located in the Historic William Reed House built in 1850.

Texas Pioneer, William Whitaker Reed was born in Bedford County Tennessee, the second son of Michael and Martha reed. In 1833, Michael arranged passage for himself and his family to Natchitoches, Louisianna, of of the principal “jumping off” points for immigration to Texas. At that time, immigration into the Mexican province by American citizens had been suspended and control of Stephen F. Austin’s “upper colony” was in dispute Austin and Sterling C. Robertson. William Reed and his brother-in-law, William Crain Sparks, explored territory in what is now called Bell County that same year and selected various lands for members of the Reed Family along the Little River. Robertson gained control of the colony in May, 1834 while Asitin was under house arrest in Mexico, shortly after the repeal of the federal immigration law which had banned immigration.

The Reeds applied for membership to the Robertson colony in 1834. The Headright Certificates for various family tracts had been filed in August of 1833 and title to William Reed’s Grant was executed at Viesca December 25,1834, under the authority of the Mexican state of Coahuila y Texas. Titles to other family grants were issued about the same time. Thus, members of the Reed family, along with seven other pioneer families, established footholds on the Littel River in 1834 and 1835. In late 1835, the Texas revolution erupted. In the spring of 1836, the threat of the advancing Mexican army and concurrent Indian hostiles Compelledmost of the men, including William Reed, into military service and forced the early settlers to evacuate their homes on the frontier. Reed served in the Army with Captain Mabett’s Company and was a member of the party dispatched to Iliad to Goliad to bury the remains of Col. Fannin’s command following the massacre there. Reed’s party was en route to join General Sam Houston‘s army when word reached them that the battle of San Jacinto had beeen fought and won, securing Texas’ independence. Indian hostiles persited for several more years, delaying the settlers’ return to the Little River region. In 1841, William Reed married Emeline Cobb and returned to his lands. By 1845, when statehood was achieved, William and other members of the Reed family had established a permanent residence in what is now Bell County. In 1850, Bell County was created by an act of the Texas legislature and William Reed was elected Sheriff in the County’s first election.

The house was built by William Reed on his original grant In that same year (1850). It is a grand example of pioneeer Texas construction, built of hand-hewn burr oak logs cut from the river bottoms on Reed land. Larger than most frontier cabins, it represents the classic ”dogtrot” style, with two main rooms separated by an open breezeway and shed rooms on what was originally the north side. Fireplace of native limestone provided warmth and hearths for cooking. Windowless, except for the small gun ports on the otherwise blind end of the structure, it was designed not just for shelter but for security, at a time when attack by hostile Indians was a real threat. It was protected and preserved by the Reed Family through successive generations. It was relocated and reconstructed on this site in 2008 by Mr Tim Brown,of Salado, Tx with special thanks to Lawrence and Roberta E. Reed Petrie.

Axis Winery is located in the Historic William Reed House:

It all started with our travels with the US Marine Corps, developed into an interest, a hobby, then a crazy dream. We look forward to sharing our wine with you soon 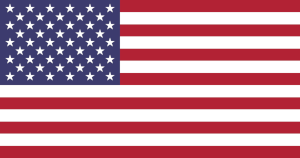 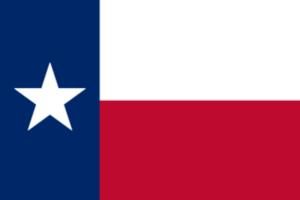